Someone needs to ban bus marketers and preachers in Lagos 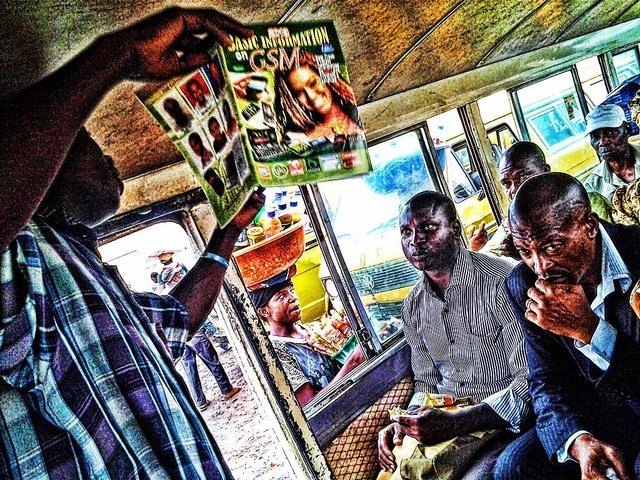 Lagos Public transportation sucks big time. Not only do commuters have to bear the unbearable heat, heavy traffic, and claustrophobic conditions, but once in a while, we also have to condone wailing bus marketers and preachers.

I can’t be the only person who finds them annoying, can I? I mean, if I wanted to listen to the Word of God, I would go to church or play me some Joel Osteen podcasts or whatever. I have enough trouble coping with the heat and random body odour, while I try to collect my thoughts in preparation for the day. The last thing I need is someone disrupting whatever is left of my peace of mind.

This morning I had to commute from Ogba to Yaba. If you’ve ever boarded any of those direct buses from Ogba to Yaba/Ojuelebga, you’d know how damn uncomfortable they are. Especially during rush hour (every hour is rush hour in Lagos), with the tight spaces and traffic-induced bumpy rides.

I just had to be sitting close to the door. Just at the edge, some dude was peddling his wonder drugs. I tried to ignore him; fail. These guys are damn good at making sure you don’t ignore them. He had drugs for almost every ailment; toothache, skin disease, high blood pressure… all for ”giveaway” prices of 50/100 Naira and all “NAFDAC approved“.

About 20 minutes later (seemed like forever) the bus finally filled up and we were ready to go. I heaved a sigh of relief. “Some respite at last”, I thought to myself.  The driver turned on the ignition and suddenly from nowhere –- actually, the seat behind me –- the unexpected preacher cleared his throat and started doing his thing. It was like from frying pan to fire. These people don’t even give you breathing space.

We were all packed in the bus like sardines, everyone would hear you even if you whispered, but this man had to shout for full effect. Dude was shouting directly into my ear. Let me not even mention the spit-baths.  I pulled up my headphones to play some music, didn’t help. (mental note: I need to replace those damn headphones). I left them there any way to pass a message to him that I wasn’t listening.

The guy preached on for the most part of the journey. The usual stuff; repent; hell; heaven… yidi yada. Nothing we haven’t heard before. What usually baffles me is how they assume everyone in the bus must be a Christian. I’m a Christian but I can imagine how a Muslim or Atheist would feel about some stranger invoking the blood of Jesus on him. Anyway, the guy went on and on and all that was going through my mind was “when do the offertory envelopes come out”, ’cause it mostly always ends that way. And I wasn’t wrong, soon the guy was distributing envelopes and assuring us that “God can never owe you”. A few of the gullible ones accepted the envelopes. The woman sitting next to me put in ₦100!

One woman got down at Palmgrove and she needed some change to settle her fare. She handed the preacher ₦500 to help her change it. He refused. She and some other passenger asked if it was because the offertory wasn’t up to ₦500 and his response was… wait for it…. “we don’t give change anyhow”. I was too weak to laugh. I’m assuming that woman was one of those who didn’t collect his envelope. Some oga at the top seriously has to do something about these guys. At the expense of coming off as shallow in my knowledge of government administration, shouldn’t Fashola have a say in these things?