Should we be afraid of “Boko Haram” on Good Friday? AND a memorable day 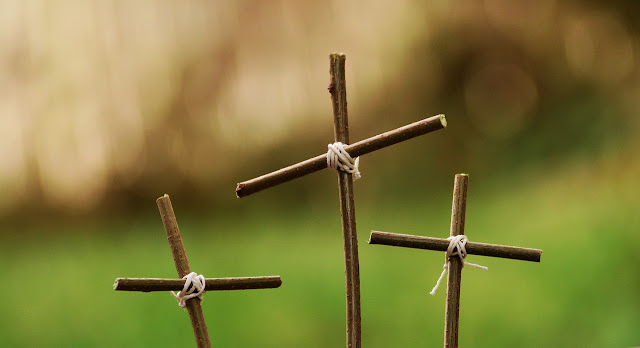 Just last week, I was recounting this story to my coworkers and suddenly realised the primary reason why I wasn't excited about Buhari running for the Nigerian presidency in 2015.

It’s the Easter season again. I got thinking a few days back and I realised that this is my first Easter in Lagos for 2 years now, today being Holy Thursday, the first in the Easter Triduum.

My last Easter was very memorable. I was in the North (Jigawa precisely) ‘serving’ my land. The Bishop of Kano Archdiocese was in Jigawa to celebrate Chrism Mass and Presidential Election results had just been announced (I think).

While the Mass was still on, someone got a call informing him that the church of the priest from Hadejia (a ‘suburb’ of Jigawa) was in flames. Why? Some clowns over there were reacting to Buhari not winning the elections and decided the best way to make a statement was to burn the church. That was just a tip of the iceberg – news started trickling from Kano, Kaduna and the likes and what we were hearing wasn’t good. Christians killed, churches burnt… We know the full gist.

My initial reaction was, ”what the hell has elections got to do with religion”? I came to the conclusion that those guys must have IQ issues ’cause that was the only reasonable excuse I could give.

Needless to say, we lived in fear. The next day was Good Friday, which happens to be the same day the clowns up North (pardon my Italian) worship. We finished Communion Service before 1pm. Of course they finish at their mosque about an hour after that. We had heard rumours that they were planning a massacre. Governor whatever-his-name-is had been so nice to ensure the presence of military police guarding the mosques. But that was not comforting enough for us.

Here's some perspective for non-Catholics; Good Friday Communion Service for Catholics all over the world starts no later than 3pm (the very hour Jesus presumably died) and ends about 6pm earliest. We finished everything by freaking 1pm! Some folks didn’t even bother showing up in church. Holy Saturday Easter vigil was worse. We had our Easter ‘Vigil’, wait for this…. in the AFTERNOON!

You know what, I’d rather not delve deep into all my personal experiences with the whole issue. I’m just thankful I came back home in one piece.

Which brings me the question I have in mind. This is another Easter season. Christians will gather in numbers all over the nation. We are all aware of the increasing presence of the people who call themselves Boko Haram. First I would like to ask, who exactly are Boko Haram? Is there any connection between them and those who wrecked serious havoc during the post-election crisis? Second question…. okay I lied, I already asked two… so make this the third question. Should we be afraid of the Boko Haram sect?