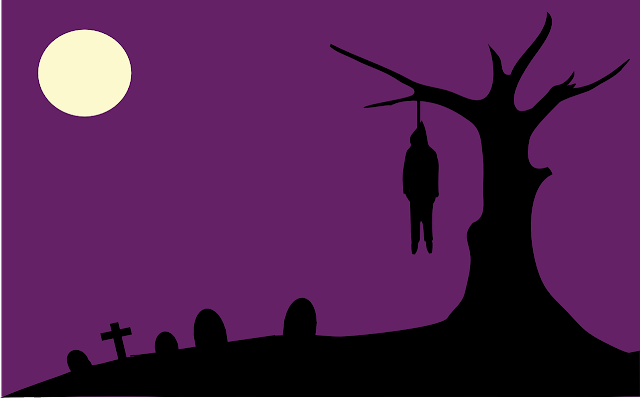 Sidenote: This article is originally from 2012. I wrote it not more than 12 hours after the Aluu 4 were brutally murdered. I still don't, and never will, condone jungle justice. It's really interesting to see how worse off we are with social media now. May the souls of the Aluu 4 rest in peace.
I’m sure by now we’ve all seen the videos or pictures, or at least heard about the unjust killing of the UNIPORT students, who were alleged to be armed robbers, at Aluu in Rivers State. Well I saw the video. If you want to judge me and call me “dispassionate” (someone actually called me that!) it’s a free world. However a couple of questions arise from watching that video:

“How could anyone possibly have the heart to record a live killing on his phone and even go further to upload it on Social Media”? “How was he (or maybe she) even allowed to record it?” “Were the perpetrators not at least bothered that this could be used as evidence in identifying and bringing them to justice”? Yeah no particular faces were exactly identifiable except that of the victims but still…. And how bad is the robbery situation in that village; so much so that the villagers found amusement in watching the whole ordeal? ‘Cos from that video I could hear a lot of people laughing and apparently enjoying the whole thing, shouting words and phrases like “die”! “get that one!”. Kind of brings back memories of primary school kids tormenting ants, lizards or cockroaches. It is really sad.

Before I go on, I want us to be clear on this – no matter how you look at it, there’s no way anyone can justify taking the law into your hands and handing out Jungle “Justice”. And I am NOT IN ANYWAY IN SUPPORT OF THE KILLINGS.

However, I want to say I am very dismayed by the overall reaction of Nigerians on both sides.

First off, these kind of killings have always been and may (God knows how long) be part of our “Justice System”. These killings stem from the fact that people have no faith in our Judicial System. The only reason why there is so much attention around this particular case is the power of Social Media. And as has been very prevalent of recent in the Nigerian Social Media, people are quick to let known their opinions without thinking it through.

On one hand some people are for the killings, saying that the thieves got what they deserved; everyday for the thief, one day for the owner. My question to them is “are you sure they were thieves”? Well in a country were everyone is guilty until proven innocent (instead of the other way around), you can’t exactly blame them for such remarks.

On the other hand, some people are against the killings, but that’s how far my support for them goes. They have gone on to dish out comments like: “That man hitting them with the stick should be decapitated”, “Give the murderers a taste of their medicine, its good to repay evil with evil at times”. Some have thrown all manners of curses at the members of the community. With statements like these, what makes them any different from the villagers? Out of the abundance of the heart, so the mouth speaketh. And what a man speaks more and more often, he’s likely to do at some point. The same way  which these people have reacted to the killings, the same hatred they feel now, is probably the same hatred those villagers felt when they believed that some of the robbers who have been tormenting them for months have finally been caught. Now don’t get me wrong, I’m not in support of the villagers, neither am concluding that those boys were thieves. Heck I even got hold of one of the victims’ Twitter Handle – I can’t reconcile the guy’s image with that of a thief.

My problem is that Nigerians are too quick to act when it comes to matters like this, myself included. We should be thinking this through and begin to ask ourselves “what is the next level”? The power of Twitter has made us more aware but how have we put it to good use? How has the availability of the video been put to good use? What solutions can we proffer? Rather than raining curses and giving our own judgment.

What has happened has happened and I can only pray God will comfort the bereaved and that the souls of those young men rest in peace. But let’s not go pointing accusing fingers so freely; we are the problem with our society. I actually heard from someone that some folks have blamed it all on GEJ! So sad. I have a pretty good idea who are to blame and I’ll tell you.

First it’s the few people in that community who, though they refused to watch, did not do anything to report the situation. I can imagine them locking themselves in their houses and whispering words similar to what I saw on Twitter today. How has that helped the situation? If someone had been quick to call the police they would have been of immense help. And if the police did not react as expected at least we’d know who to blame.

Second I blame the guy who recorded that video. He clearly wasn’t thinking about the responsibility that he was bringing upon himself. If he knew just how much of an effect letting out that video to the world would have, he probably would never had uploaded it. Unless that was his original plan. But yet I question his motives because I don’t see what exactly he planned to achieve. Probably our lives would just have gone on as normal  it would just have been one of the many unjust killings that go one almost everyday. But he had to upload it and look what it has caused. Again no one should misconstrue my statements. I am not in anyway dispassionate, I’m just bringing things into perspective.

And lastly, I blame all of us. We have seen these kind of killings happen around us all the time but have done nothing about it. Suddenly one isolated case makes it on the internet and everybody can now let out their opinions and curses from the comfort of their Blackberries, MacBooks, iPhones….. Why has it taken us this long to react publicly?

It is my hope that something good will come out of this and that maybe one day Nigeria will change for the better. But I tell you, it’s not by sitting in the comfort of our homes that we can bring about this change. No manner of fasting and prayer will save us if we don’t act on our own part. We need to take the bull by the horn and do what needs to be done. Hopefully someday, something will spark that needed fire in us and cause a domino effect. God help us – but only if we help ourselves first. Continue to pray for Nigeria but ACT too. I leave you with these reflective words:

Therefore, my dear friends, as you have always obeyed—not only in my presence, but now much more in my absence—continue to work out your salvation with fear and trembling. (Philippians 2:12)

…the kingdom of heaven has been forcefully advancing, and forceful men lay hold of it.(Matthew 11:12)

What good is it, my brothers and sisters, if someone claims to have faith but has no deeds? Can such faith save them? (James 2: 14)