The danger of a single dream 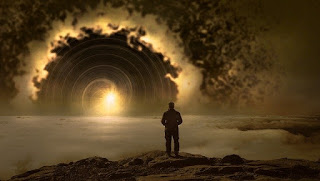 In 2012/2013, while studying for my master's degree in the UK, I ended up with an interesting mix of flatmates. There was the way older Scottish guy in his 40s, a Malaysian lady who always kept to herself (I swear, I remembered her as Singaporean until I chanced on this old tweet last month) and two friends from Cyprus.

I was (probably) the youngest in that flat but everyone was mature and reasonably friendly. However, in my personal experience, the two Cypriots were the most friendly. So it was no surprise that I had many conversations with them, especially the younger one called Nick.

Just like 27 year-old me, Nick was a man of many dreams. He was about 5 years older but almost as clueless. After obtaining his undergrad and master's degrees in computing he went on to have a successful 3-year spell in Cyprus. Then it became all boring for him (he had changed jobs quite often) and he decided to come back to school for another undergrad in… wait for it…. Philosophy. He was not even sure he was going to go beyond his second year but as far as he was concerned, he was chasing his dream. In hindsight, I think a part of his motivation was an opportunity to settle in the UK. This was years before Brexit.

You know how we’re told that to become really successful in life, you have to focus all your energy on one dream and one dream only? All other dreams have to be done away with. Does that always work out well?

There are a lot of successful men and women today who serve as testaments to the validity of this philosophy. Tiger Woods comes to mind. Tiger Woods started playing golf at about the age of 3. Golf was all he ever knew and probably dreamt about. There’s no denying it; his early start has a major role in his position as the number 1 golfer in the world today.
I read somewhere that in China, children quit school at 12 to concentrate fully on a career in table tennis. It is no wonder that they do so well in the Olympics.

I used to be a man of one dream. When I was about 8, I decided I was going to be a Mechanical Engineer. There are vague memories of how I came to this decision but I can’t go into them all. One thing I remember clearly, though, is that I was inspired by the story of the Wright Brothers and I wanted to be the first man to build a flying car. It turns out the Wright Brothers did not in fact invent the airplane. There goes another adulthood discovery that ruined my childhood.

I got into Unilag, for my first degree, in 2004. It didn’t take me up to 2 years to realise engineering wasn’t for me. If I knew better then, rather than just go with the flow, I would have switched courses. But how could I? This was my childhood dream. It just never occurred to me, the option to switch. Needless to say, those were some of the worst 5 years of my life.

In retrospect, there were other things I excelled at as a child besides mathematics. I loved to write; I actually had one of my poems published in Junior Guardian back in the day (I need ask my dad for that clipping). I also exhibited some flare for music; it was just natural for me. But I never built on any of these talents because I had my eyes fixed one thing; engineering. And how did that turn out for me? Not great at all.

That experience helped me decide, in 2013, that I was no longer a one-dream man. Then, I wanted to write, I wanted to code (yuck!), I wanted to make music and do many other crazy things – I was confused as hell.

Well, I somewhat achieved one of those dreams; writing. The whole serendipity around how I became a career tech journalist is a story for another day. But I don't write that much these days and I miss it. Besides, I have barely scratched the surface of my true ambition for writing. I have told only one person about this.

Aside my ultimate ambition for writing, I still want to make music (beyond having actively sung in a choir) and do "many other crazy things." In short, I am still largely unfulfilled and unhappy.

That may sound shocking coming from a seemingly accomplished man in his mid-thirties. I remember telling a younger friend, going through a premature quarter-life crisis, about this and getting the "you're just trying to make me feel better" response.

I don’t know. Maybe I’m being too hard on myself, thinking everyone of my peers is having “more sex” than me.

Indeed, the hedonic treadmill is a normal and inevitable phenomenon, even for people my age, and much older. Come to think of it, I'm only about 2 years older than Nick was in 2013 but I still feel as clueless. The truth is, not a lot of people are comfortable opening up like I and Nick did to each other. But also, everything doesn’t work the same way for everyone.

If you ask me, I’d say everyone should start building a Plan B and C right from their childhood. You never know; the stone the builders rejected just might become the cornerstone, so to speak. That Plan B you always looked down on may turn out to be your route to happiness.

What do you think? Are you for the single dream life or do you think everyone should have Plan Bs and Cs? How would you bring up your children on this decision? I know for a fact that my children will be learning at least a foreign language, a mental or physical sport, a musical instrument and a martial art.

PS: I wonder where Nick is now. It's a pity I deleted my original Facebook account in 2013.