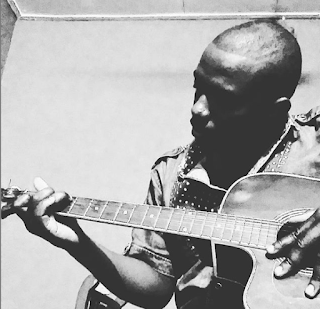 I remember the first time I held an acoustic guitar. It was love at first sight.

The year was 2004. I was 18, in my first year in Unilag. A friend accompanied me to go visit an older family friend at Jaja Hall. The family friend happened to have an acoustic guitar sitting at the corner of his room. Intrigued, I picked it up in an attempt to mock-play.

"You're carrying it upside-down," he said, "it's the other way around."

This is was my first time ever handling a guitar. I had no idea about the strumming hand, fingering/plucking hand, yet I instinctively carried it like a natural and unrepentant lefty would. After that day, I couldn't get my mind off the 6-stringed instrument.

A few months later (it must have been 2005), I convinced my dad to help me get a guitar. He always talked about all the opportunities he wanted to expose us to (music, a foreign language, martial arts, etc.) as kids but couldn't afford at the time. So this wasn't a hard sell.

He took me to a music shop in Ojuelegba. That's where I learnt that such a thing as a left-handed guitar existed. It was more pricey than the regular ones (₦8000 in 2005 was not small money) but I sure as hell wasn't leaving that place without a left-handed guitar.

My dad also paid for about 1 month of guitar lessons, for which I went twice a week at my tutor's home in Surulere. It was during this period that I truly fell in love for the first time.

Her name, Tonia. She had dark green skin, curves in all the right places and a long neck. And when I touched her, she responded. Those first few days weren't without the newbie callouses on the tips of my right finger. But this was the one I came of age with so, I never let her leave my sight. Every night, we made love for at least 30 minutes, and I was starting to feel like she was a part of me.

When I  moved to campus in the second year, I took her with me. Everyone couldn't help admiring her. They thought she was unique and we looked good together.

But like all relationships that rush through the honeymoon phase, everything came crashing really fast. Weeks would go without communication, not even a hug. Then those weeks would roll into months, months into years and soon enough, Tonia began to lose her original sheen in my eyes. Pins were missing here, cracks would pop up there, keys loosened over there.

Long and short, over the past 15 years, asides occasional but very short-lived sparks, nothing has improved much.

So this weekend, I decided to do something about it. Actually, I'd be wanting to since the beginning of the year but I kept making excuses. Until my second true love nudged me last week.

That's how I ended up driving around Ikeja and Ilupeju, looking for guitar strings, bridge pins and everything else I needed to revive Tonia. Shop after shop, nobody had what I needed and I was this close to giving up and going back home.

Eventually, I got off my lazy ass and drove all the way to Ojuelegba, hoping the music shop from back in the day was still in business, and that I remembered how to locate it. I didn't. Initially.

Instead, I found a small shop that had everything I needed except one (rolling my eyes at the tush shops in Ikeja). The attendant was nice enough to point me in the direction of the bigger shop where I got Tonia. And of course, they had what I needed. In fact, I learnt something interesting.

Did I mention that at every shop I went before, they didn't stock left-handed guitars? Apparently, Emycil Holdings, where I got Tonia, is one of the few music shops in the whole of Nigeria that stocks left-handed guitars!! That's why I'm name-dropping them. I even had to add them to Google Maps, for future reference.

I can't imagine what would have happened if I went to buy my first guitar at another shop. Actually, I can; I would have ended up like B, my (also) lefty roommate who was forced to learn right-handed guitar because he didn't know an alternative existed. Perhaps its time to finally explore a business idea my dad used to pitch to me years ago. More on that some other day.

Anyway, the point of this my incoherent drivel is that after many failed starts, my baby is back!!! For good.

And she is not leaving my side anymore. Watch this space!!

Shameless plug: The friend who was with me, when I first held a guitar, got his after me (I actually paid for it) and is (sorta) into music now. I'm his manager (of sorts).

PS: I find it instructive that it cost me ₦4500 in 2020 money to revive Tonia. More than half the amount it cost me to purchase her in 2005. I am crying in ridiculous inflation and weak currency. 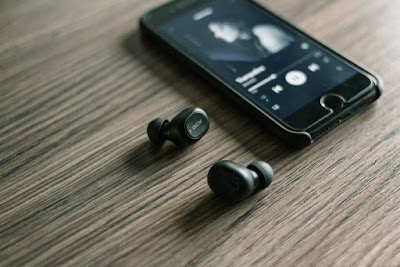